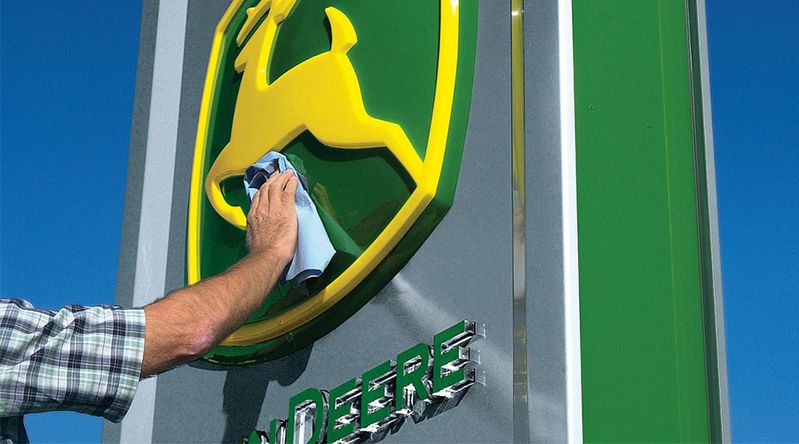 (Murray, KY), Hutson Inc., a John Deere dealership is pleased to announce expansion into Michigan with the acquisition of two multi-location dealerships: Bader and Sons Co. and D&G Equipment. Both dealerships will be rebranded as Hutson, Inc. effective immediately.

“We are excited about the additional economies of scale and overall value created by combining these dealerships. We have been intentional about building bench strength over the past few years, which is allowing us to grow our footprint seamlessly, while continuing to be trusted advisors for our growers. Our commitment to mainstream precision ag technology, which supports a more sustainable future for farmers, will serve us well in Michigan as we continue to collaborate with our customers to improve both efficiencies and profitability” stated Josh Waggener, President & Chief Executive Officer of Hutson Inc.

Hutson Inc. began in 1928 as a seed and fertilizer store in Murray, KY owned and operated by Nicolas Hutson. Sixty-two years later in 1990, Hutson acquired their first John Deere dealership in Mayfield, KY followed by six more Kentucky stores in Princeton, Russellville, Morganfield, Clinton, Paducah, and Hopkinsville. In 2000 Hutson broke state lines into Clarksville, TN followed by an acquisition in 2014 into Indiana with the purchase of four stores in Poseyville, Evansville, Jasper and Newberry making it a 12-store dealership operating in three states. Hutson remains committed to growing and evolving to meet the growing needs of our customers. It is through our dedicated employees and customers that we have been able to diversify from a single location farming mercantile into one of the largest John Deere dealers in North America.

About Bader and Sons Co. and D&G Equipment

Bader and Son’s Co. was established in 1988 by husband and wife James E. and Valma Bader, the Baders purchased their first location in St. Louis, Michigan. After James’ passing in 2000, sons Paul and Mark took over and the growth began from 2000-2009 the Baders acquired Grand Ledge, Linwood, Portland, Tecumseh locations and then opened the new Rosebush location. From 2012 – 2015 Bader and Son’s continued with their success and acquired locations in South Lyon, Big Rapids and Lake City. In 2017 Bader and Sons opened its tenth location in West Branch.

D&G Equipment began with two stores in the Fall of 1993 located in Mason and Williamston, Michigan. The success of the first two locations catapulted D&G into growth mode adding two more locations in 1999 and another in 2000. In September of 2002, D&G opened their sixth location in Howell, MI. In 2003, they acquired a dealership in Rives Junction, MI before adding their eighth location in Charlotte in 2004. D&G Equipment had eight locations in Mason, Williamston, Corunna, Howell, Highland, Rives Junction, Charlotte, and Grand River.

Hutson Inc. is comprised of 790 team members proud to sell and service a wide range of John Deere equipment, including products specialized for agriculture, turf, light construction, commercial, and lawn and garden applications in 30 locations throughout Kentucky, Indiana, Illinois, Tennessee and now Michigan.

“We are honored to serve customers in Michigan and the outstanding teams which have been supporting them for many years. We look forward to building new relationships and making the necessary investments to support growth in the communities we will now serve,” shared Brandy Jared, Chief Operating Officer.